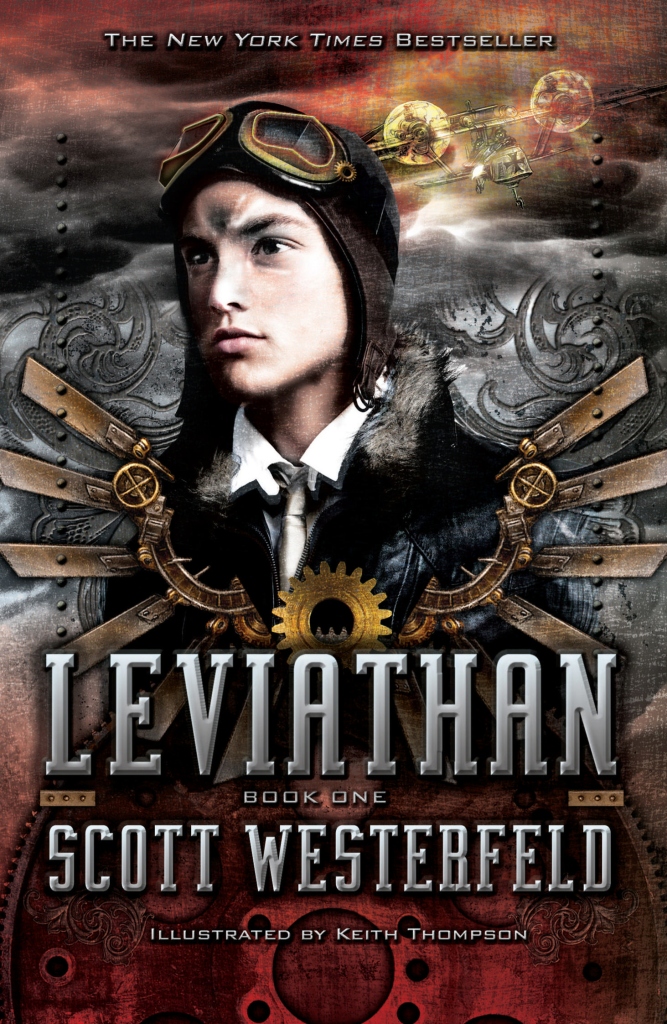 I started this book because of a friend I have met on Goodreads, Katie (blogger of A Writer’s Faith), who read it and gave it five stars. That got me interested and then I got the book from the library for free to keep (that’s another story).

So, this was a fantastic book! What a roller-coaster! I’ve never read anything like it (I guess you would consider it steampunk). It was so different from other fiction books I have read.

On June 28, 1914, Alek’s parents are murdered. Now forced to flee with only a few loyal men and a fighting machine, Alek is a prince turned fugitive. Deryn, a girl, pretends to be a boy to become a soldier in the British Air Service. She must protect her secret and keep her oath to the Air Service and King George. Later, they are thrown together aboard the great airship named the Leviathan. Though fighting together for the moment, their homelands are on opposing sides. It’s Britain’s fabricated beasts against German’s steam-powered war machines.

One of the things that made me love the book was how different it was from other books I’ve read. The setting is at the beginning of World War 1 but Mr. Westerfeld changed quite a few things. Britain, through Charles Darwin, has learned to take DNA from different species and create new species for war. German and Austria-Hungary have created very advanced war machines. It’s beastie versus clanker.

So, it is not a very Christian novel, but what can you expect? Not every book is going to meet your standards. It was still a pretty appropriate book, in this case. I will say that there is some language and, of course, plenty of action and violence. It was quite a entertaining book. The excitement, the creatures, the machines, the danger, the battles, the mysteries, the secrets, and more made it so interesting and fun. It’s such a fast page-turner. I can’t wait to get the next one!!!

I’d recommend this to anyone who loves fiction and a bit of World War 1 history mixed in. You’ll enjoy it.