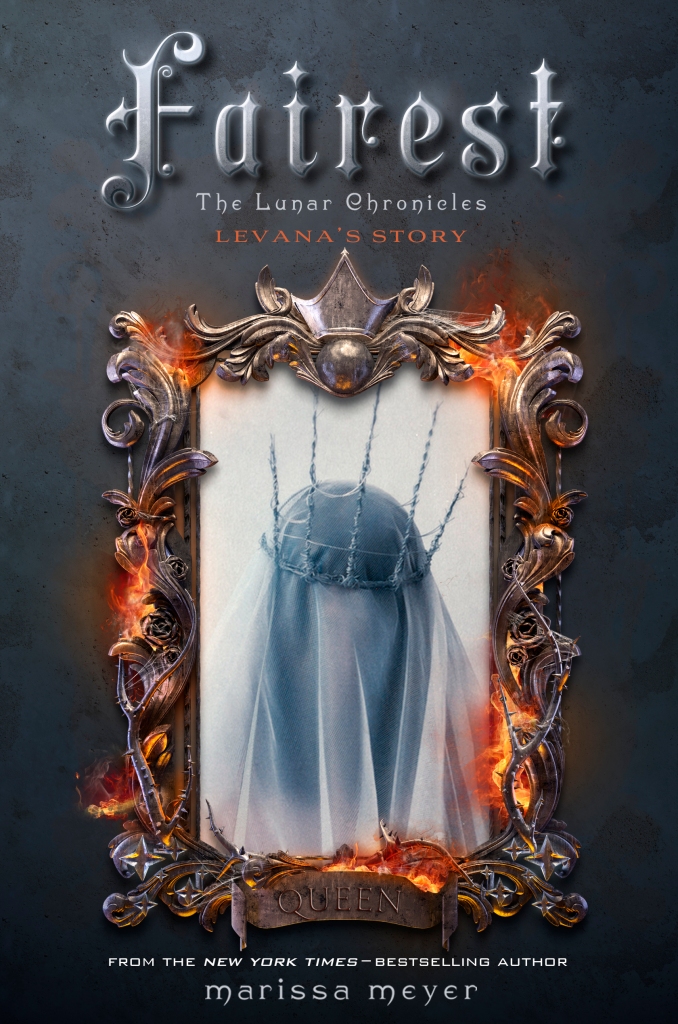 This was a very interesting book on some of Queen Levana’s history before you meet her in Cinder. It was not too long, but definitely not too short.

Queen Levana hides her ugliness behind a veil and uses her glamour to look like the most beautiful person in the world. But who is she really? How did she become this evil person? This short story tells of the events that led to Levana becoming Queen and later trying to kill Princess. It shows how she became who she is now. It is a story full of love and betrayal and…lies.

First off, this is not one of those villain stories that make you end up liking the villain. For most of the book I did not like Levana. Some points I did pity her and feel sorry for her, but I never liked her. Except for maybe liking her for being such a great evil person.

There were some great characters besides Levana. Evret was amazing and I feel so bad for him. Poor, poor Evret. There was also Sybil in this book. So I got to see a little bit more on her background. Channary, Levana’s sister, was another prominent person. She was so mean. She didn’t care about anything expect for having fun and Selene.

Oh, the horrible things Levana did in this book were so twisted. It will definitely make your heart ache.  She tried so hard to find love where it couldn’t be found. She ended up forcing certain people to get what she wanted. It was terrible.

I will caution younger people reading this because there were a lot of mentioned inappropriate love scenes. It was also very bloody.

This wasn’t a boring story, that’s for sure. And since it isn’t too long, I read it really quick. I’ll recommend this to those who have read the first three books in The Lunar Chronicles. It was very informative.