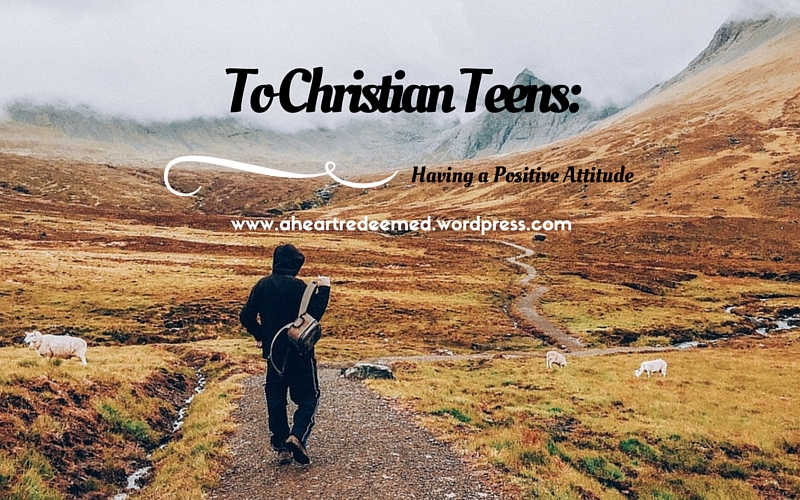 Sometimes I get frustrated (well, maybe more than sometimes). I get mad (quite easily, by the way). I get moody. Sometimes it feels like nothing can ever go right, especially after one thing after another goes wrong. I break down and cry. I give up. Sometimes it is over the simplest of things that I just lose it. Things like schoolwork, baking something that turns out wrong, or maybe just life. Those are the times I just want to stomp around, slam doors or cabinets, and say nothing at all.

Then I’ll remember stories about missionaries who went through torture with joy. Men and women and even children who were fed to lions while praying. People who never gave up. People who were burned at the stake singing. I mean, can you even imagine? Many of these people would have only had to say, “I don’t believe in Jesus.” and they would have been given relief. They would have been free from the punishment of Man, but not the judgement of God.

Then there are the stories from the Bible.

As they stoned him, Stephen prayed, “Lord Jesus, receive my spirit.” He fell to his knees, shouting, “Lord, don’t charge them with this sin!” And with that, he died.

Stephen asked God to forgive the people who were killing him.
‭
Acts 16:25

Around midnight Paul and Silas were praying and singing hymns to God, and the other prisoners were listening.

All these people went through so much. And here I am freaking out over schoolwork or whatever.

Am I the only one who does this? I think not. I know at sometimes it does feel like I’m the only one or you’re the only one and everyone else has their life all tidy and put together.

But that is not true.

All of us have problems. We can never really have a perfect life. No one can. I know we like to think that we can, but it’s truly impossible in a sinful world.

“So are you suggesting tha I should give up?” You might be asking. Well, I’m not. I’m just saying that we shouldn’t strive for the impossible when we already have all that could fulfill us.

Jesus is all we’ll ever need.

Well this is exactly what the book Philippians discusses and it all can be encompassed in this one verse:

For to me, living means living for Christ, and dying is even better.

Isn’t that a positive way at looking at things? To live is Christ. To die is better. With an attitude like that, it wouldn’t really matter what happens to you. We could have joy whether we’re suffering or living in luxury.

For you have been given not only the privilege of trusting in Christ but also the privilege of suffering for him. We are in this struggle together. You have seen my struggle in the past, and you know that I am still in the midst of it.

It would be a honor to suffer for Him.

So let’s try to mimic that kind of attitude. Let’s look for the good in life (because there is good in life) even when it seems like all we are surrounded by is failures, frustrations, and shortcomings. There is hope.

There is a purpose for everything we go through. Even when we can’t see it.

I hope that I made it clear that I’m not trying to belittle your struggles and burdens. God allows each of us a fair share of hardships, but He will never give you more than you can bear with Christ in you. He knows your limits (it’s not like we’re all going to get the chance to be stoned or burned at the stake).

Jesus gave his life for us. Let’s live for him.

2 thoughts on “To Christian Teens: Having a Positive Attitude ”