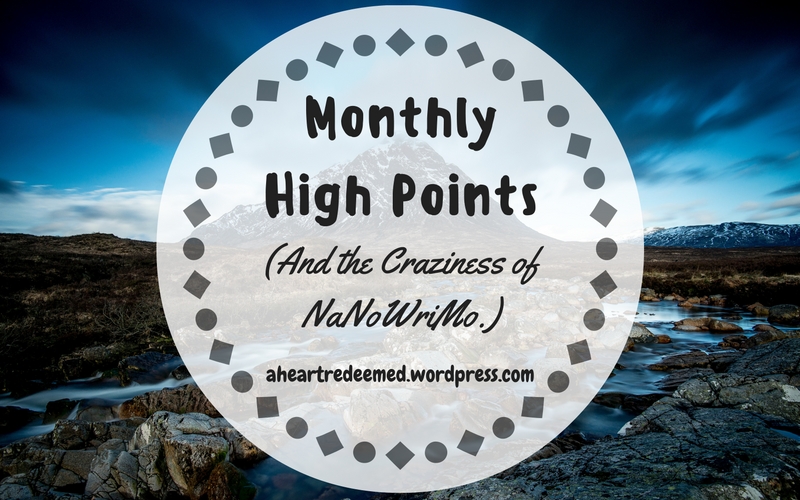 It has gone by so slow and so fast this month. ALL AT THE SAME TIME.

Thanksgiving happened and I think that I managed not to stuff myself with food. I think. I did manage to have two or three rolls that I made though…

I did NaNoWriMo. I DID NANOWRIMO. This is my second time. And I was a tiny bit more prepared than last time. (By that, I mean that I had like a page or two outline. Of course, things had to change a bit when this third POV had to pop up into my story.)

So that is about 20,000 words more than last time. I DO NOT KNOW WHAT HAPPENED. And I still didn’t finish the book. It has a ways more to go.

But I have not gone insane. I AM VERY SANE I TELL YOU. Believe it.

Oh, and here’s a little thing that tells you what my novel is about, if you wanted to know:

A man searches for his lost love, but doesn’t know who she is or who he is. A fugitive runs from her family…and hides from society. A criminal is on the hunt.

It’s a western/sci-fi/fantasy novel with dragons and demons and things.

I’m kind of in love with it. And the characters are my preciouses.

If you make it to the end of this post, I may or may not just have some snippets for you.

Yes, you’ll have to wait until the end of the post.

Wow. What an interesting book. It has given me a new look at politics. It has shown what modern prisons are really like. I can’t believe how uninformed I was before.

2.) The Aeneid by Virgil

This was for school, for the second time. It’s pretty good. And the last quarter had lots of death and battles so that was fun.

For some reason, while I was running on the treadmill I decided that I’d listen to an audio version of this. It was so weird, but really fun.

OH MY GOODNESS!!! THIS IS ONE OF MY NEW FAVORITES. Nothing else that I was reading had me interested. So I picked up this one. Though it took me almost the whole month to read it, IT IS ONE OF THE BEST BOOKS EVER.

WHOA. I think this is the smallest amount of books that I’ve read in a month this whole year. But can you blame me? I did an extreme amount of writing.

One Thousand Gifts: I have to finish this…

The Inferno: What was in this man’s head for him to come up with this? It’s scary.

This book was pretty good. It had some issues, but I loved how it described space. I really felt like I was in space.

What did I just read? It was so bizarre. One of the most bizarre things ever. But I loved it. It was really cool and really unique.

ONE OF MY TOP FAVORITE BOOKS IN THE WORLD. Everyone needs to try to read this series at some point in their lives. It is just amazing and so thought provoking.

I didn’t read too many blog posts this month. And I’m already a terribly person at reading other people’s blog posts.

But I will leave Amanda’s post here about why she hates Fridays and Four O’Clock because I totally got it. It is so true for me too.

I saw Doctor Strange!!! IT WAS SO AMAZING AND I LOVE IT. (But I may be a bit biased because I like Benedict Cumberbatch. XP) It felt like it was in a whole separate category from any other Marvel movies.

I was dying. So dramatic. So cool.

I WATCHED THE MATRIX. Wow. My mind is blown. It is one of the coolest movies ever.

HOW IS THIS NOT COOL?

I aspire to wear all black leather and sunglasses.

I also got to see Fantastic Beasts and Where to Find Them. The setting was beautiful. New York City!!! The 1920s is such a cool era. The outfits were fun. And the plot was so amazing! the characters were perfect. Newt Scamander was so awkward and adorable.

So I’m guessing that you want some snippets. Maybe? Well, um, I have not really done snippets that are more than a sentence or two. But here it goes. I’m doing it.

I’m sharing snippets. (This may or may not be the most terrifying thing that I have done. But I did edit them a bit so I feel a bit better about it.) Hopefully they are not too terrible. 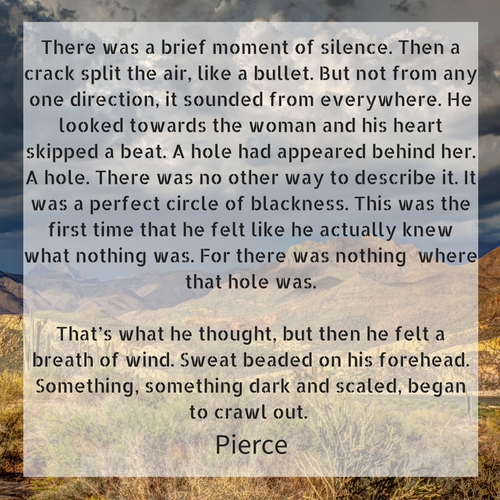 Well, what did you think of the snippets? I hope that you enjoyed them! TELL ME ALL THE THINGS. Did you do NaNoWriMo? How did it go for you?

6 thoughts on “Monthly High Points: November (And the Craziness of NaNoWriMo.)”