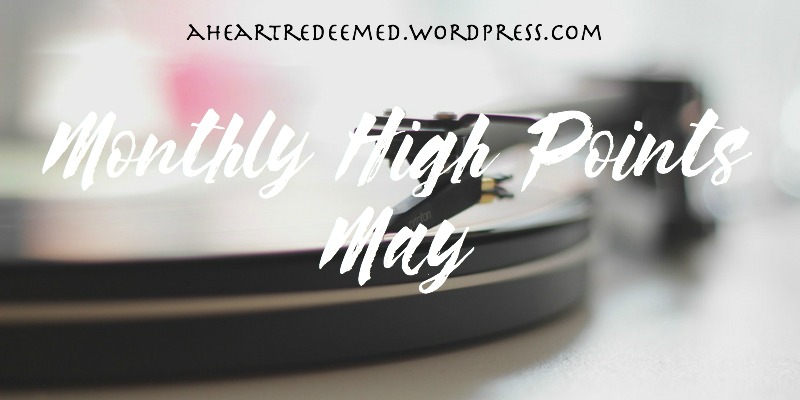 This month has been a bit slow. I’ve had less schoolwork than the usual. And the amount of schoolwork is slowly getting smaller, but it will probably be a week or two before I am actually done.

I also had a couple days where I had to watch my siblings while my parents were on “vacation/work trip” to a nearby island. It was a bit hectic, but better than I was expecting.

Did you write this month? You might be asking.

Well, I decided to take a break this month. It’s kind of my first official extended break this year, if you don’t include all the breaks I took when friends or family were visiting. I mean, I started this month trying to do my daily goal of 1,500 words a day. I did it for a couple of days, but I found my story was going nowhere. It has literally dissolved into endless dialogue. It is probably going to be one of the worst first drafts ever, so…I just needed to get away from it.

So this month I’ve kind of gone into other areas of creativity that I enjoy, but never take the time to do. Like sketching. I haven’t felt so inspired to sketch in a long time. It’s been freeing and inspiring.

In the past week or so, I have gotten into back writing a little bit. It’s for something different. I started working on a fan fiction for the manga/anime Attack on Titan! This has been really fun. I just started plotting one day and soon had almost a page filled with what I think will be a decent plot, before that I had been writing details about characters and facts I need to know from that world. This has been so inspiring for me to get back into my other writing, which I will hopefully do this June. As for the fan fiction, I plan to post it on Wattpad once I have a good portion of it written! So be on the lookout for details on that sometime soon . I’ve never really shared much of my writing. We’ll see what becomes of it.

Whoa. This got so intense. And it turned out so sad, but now I don’t know where it is going to go from here.

This was a cool side story on Mikasa. I really like her character a lot.

I’m dying. Literally. This is so funny. If I ever need a laugh, I’m going to go to this manga.

I’m still not sure if I’m going to end up of liking this, but the ending to this one was insane. No, you are not allowed to leave it hanging like that.

14.) Nura: Rise of the Yokai Clan (Volume 1) by Hiroshi Shiibashi

This was okay. But I have no idea where this is going or what it going to be the point of this story yet.

I LOVE THIS MANGA SO MUCH. EEK! The characters are absolutely adorable and so lovable. The main character is so unknown, so it’s been good to slowly learn more about him.

This series has always been fun, but it kind of took a serious turn in this one.

Interesting. I’m not totally into it, but it was pretty exiting. I’ll be interested to see where it goes from here.

So this, is a manhwa, which is a Korean comic. Unlike manga, it is colored. This is an amazing series. It’s about a vampire. Yes, I don’t normally read about vampires. But just forget everything you know about vampires for this is not a traditional vampire story. It is so unique and intense and amazing.

In English, I’m pretty sure this is called Erased. I started this thinking that it was pretty good, but nothing special. But it didn’t take long to see how special it was. I’m thrilled to see where this goes. It’s a murder mystery with time travel and so much depth into the emotion and actions of human beings.

Do we really need more time?

A post about how the time that is given to us on this Earth is just the amount of time we need.

I absolutely love Tweny One Pilots! So when I found a book tag…I had to do it!

Satisfaction Right Where You Are

It’s hard to find satisfactions, or, so we think. We’re not really that far from finding satisfaction as we think.

Taking a Break from Writing can be a Good Thing

I’ll admit it, I’ve been listening to k-pop recently. I’ve found that some of the beats to songs by EXO and BTS are super fun, even if I had no idea what they’re saying.

I’ve also started listening to this artist Zack Hemsey. I haven’t listened to much, but it is really unique. I think his type of music is called orchestral rap. It’s really cool.

I saw Guardians of the Galaxy: Volume 2 and King Arthur: Legend of the Sword!!! The MARVEL was entertaining and fun. It went way more into character development, which I loved. But I have to say that I was a little disappoint by the plot. It was a little slow at the beginning and then it was rushed at the end. This is just my opinion. But I like Volume 1 better. As for the King Arthur movie, I loved it! It was definitely not traditional, but it was fantastic. The pacing was perfect. The soundtrack was even more perfect. The acting and visuals were amazing.

2 thoughts on “Monthly High Points: May”