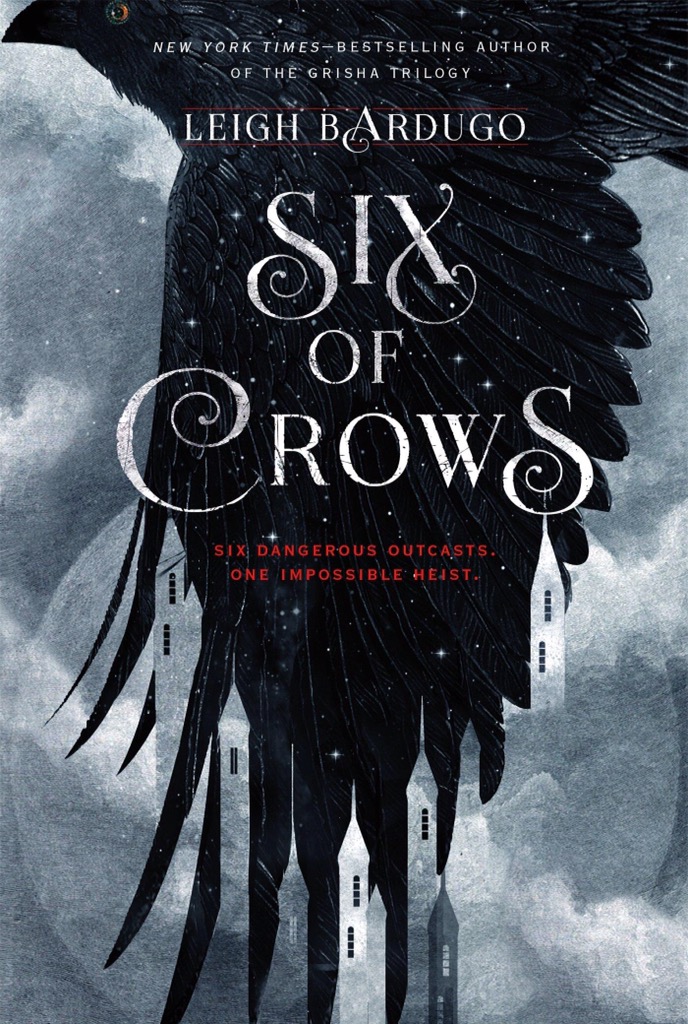 Well this was a most interesting read. The main characters are villains, and not villains looking to redeem themselves, but villains willing to do anything, absolutely anything, to get what they want.

Kaz Brekker, known as Dirtyhands, lives up to his name. Leader of the the gang called the Dregs, they’re one of the most feared gangs in the town of Ketterdam. And now he’s just been given the job of a lifetime. A job, that if he completes it, would keep him rich for his whole life. But it involves doing something that has never been done before: breaking in and out of the Ice Court. And he’ll need a team, one that’s crazy enough to risk it all. This job could make them rich, or it could kill them all, if they don’t kill each other first.

Wow. Let’s get to these strange characters. Kaz. I liked him from the start. He has this raspy voice. He has scars. He’s mysterious and brooding. Inej has gone through a lot to get here. She’s the Wraith. No one knows she’s there unless she makes her presence known. She moves, unseen by all. She has yet to find her purpose. Jesper is a sharpshooter. He fidgety, unless he’s shooting. He’s never serious. But he’s a gambler who has now gotten himself into too much debt with the wrong people. Nina is a Grisha, a heartrender. She was training to be a soldier. But she was too ambitious and reckless and so what happened to her was something she’d always feared. Then everything went wrong and she made a mistake, one she hopes to fix. Matthias was a Druskelle, a soldier who hunts Grisha. But he’s disgraced himself, he’s done something no Druskelle would ever do. Is he willing to disgrace himself further, to have a chance at getting his old life back? Finally, there’s Wylan. He’s not a “bad guy” like the rest of them. He seems pretty childish and ignorant compared to them, but he part of their team for a reason.

I loved the writing style. I liked the way the characters were developed. Each chapter had a separate point of view. The flashbacks blended well into the story.

The plot wasn’t very fast-paced, at least until towards the end, but it was still interesting. Mainly because of the characters. I wanted to know everything about them. There was so much hidden, so many secrets. Then there were the plot twists. I don’t that I guessed any of them. They were great plot twists. Towards the end it sped up more and was so intense. I realized at one point that I had unknowingly been biting the inside of my cheek because I was so worried. The ending was a crazy cliffhanger. Ugh! Why does it seem like every book has to do this?!

While this was a pretty great book, but it is about bad people. People with hardly any morals. But for some characters I could tell that they wanted to make something better of themselves, they wanted a purpose. But not all of them were like that.

One of the girls had a past of being bought as a slave to live in a house of girls where men would come to have fun with them. It never described a scene or anything, but it was there. Another flashback had a boy and girl sleeping together naked, but it’s for survival. There was some language. B******, a**, s***, d*** and b**** were the words used, but it wasn’t very frequent. The f word was used once.

So I’d recommend this to older teens. It was a pretty unique read and I can’t wait to get the next one.